!! REMINDER !!
Official communication will be done over the forum - not in game. Check your Private Messages.

How To Enter
Answer the following: How do you feel about Ganymede (overwatch) as a battle pet? Squee!

Participate Without Entering
If you would like to participate in the conversation / task without entering to win, please copy the following form to do so. Insert your message(s) between the "offtopic" and "/offtopic" bbcode brackets.

GIVEAWAY PARTICIPATION[col]ENTRIES|nonENTRIES[/col]
You do not have the required permissions to view the files attached to this post.
Top

Off Topic
Overwatch is not available for Mac so I have no idea what you're referring to.
But I'm always up for new pets.

no clue but the more pets the better
Top

Off Topic
If I don't have to buy another game to get a pet, I'm excited for more pets.
Top

Non-Entry Post
I'd love a Ganymede! You guys should really google "Overwatch Ganymede" so you know what the question is in reference to. 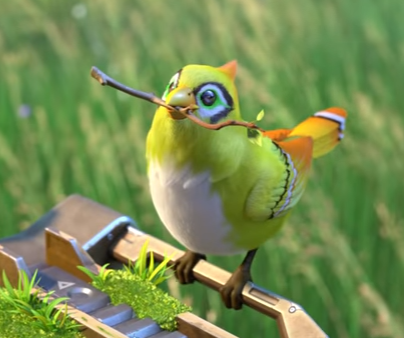 Having never played Overwatch, I had to resort to Google to find out about the bird. While I generally am amused by Blizzard games crossing streams, I lose interest pretty quickly when things as fantastic as WoW start having things coming from the real world. (Ganymede is from the Black Forest in Germany, according to the Bastion origin story short.) That said, I don't know enough about Overwatch to know how much of the real world it uses in its setting.

Also, there are already a LOT of birds - fliers are the second largest group, after beasts, and while birds are less than half of the fliers, there are still as many birds as humanoids, and more birds than Mechanicals, Dragonkin, or Undead. Personally, I'd rather see more Humanoids and Undead available. (I understand Dragonkin [and Magic] are supposed to be rare in the world, and I find Mechanicals kind of boring.)

It's super cute and they could do something interesting with it if they tried.
Top
Locked
11 posts • Page 1 of 1

Return to “30 Days of Giveaways”